Today, I learned once more that:

Tennis is probably the most exciting of all individual sports with a ball. Further to requiring that the players are well conditioned to withstand a match that can go on during various hours, they must still remember well the basic techniques and also keep their heads very cool.

When I grew up, my father was secretary of the local tennis club, Herrljunga TK, in a small town with 4.000 inhabitants. Thanks to talented players and dedicated leaders, it even arrived at the top position in Swedish team tennis, beating SALK from Stockholm in the final. And its star player, Jonte Sjögren, later advanced to higher levels, both as a player and leader, being the captain of the Swedish team that won the Davis Cup on various occasions, as well as coaching one of the best tennis players of all times, Björn Borg. 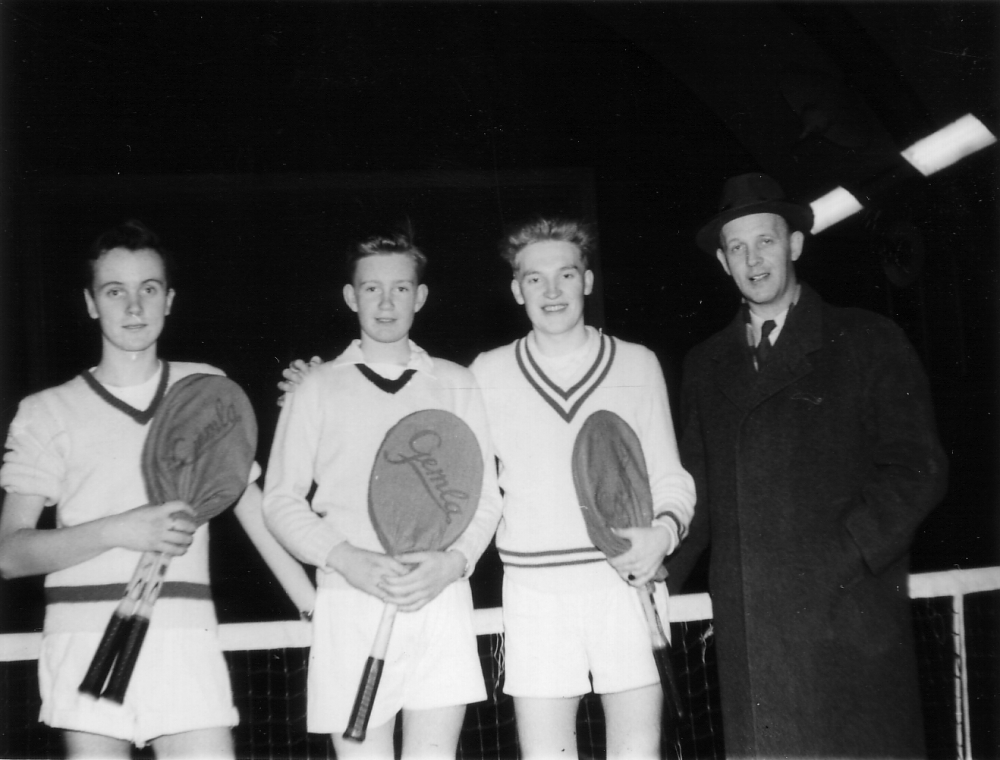 At that time, there were few types of materials used in the tennis courts. The standard material for outdoor courts was a sort of clay, called ‘en-tous-cas’. And of course there were grass courts, such as Wimbledon. To play on one type of court or another meant to dominate different styles of tennis. On clay courts, the ball bounces slower than on grass, so there is more time to get to the ball and plan on how and where to hit it. Of the four Grand Slam tournaments today, the French Open is still clay and Wimbledon, of course, continues with its famous grass lawns. The US Open tournament uses a hard court material, called Deco Turf, and the Australian Open is using another hard court material, Plexicushion, based on an acrylic compound, just like it US colleague. These hard court materials result in even higher ball speeds than the grass courts.

Of course, there are regulations about these materials, and speedwise they are classified into 5 different categories, where category 1, slow speed, includes clay courts. Wimbledon’s grass courts are in category 3, medium speed, whereas USA and Australia are both in category 4, medium-fast speed.

As a consequence of these speeds, a player that knows how to serve well can draw big benefits from the faster court materials, scoring many points on his/her serve and thus leading to shorter times to define the points. I think that this is a pity, because the real beauty of tennis are the long rallies when both players have to vary their shots to defeat the opponent. And now it almost happened again, yesterday!

During the ongoing Australian Open tournament, in the second round, the Czech player Kristyna Pliskova hit 31 aces, i.e. a serve so hard and/or well placed that the opponent cannot even touch the ball. This is a new record for a women’s tennis match at elite level. But even so, Pliskova lost the match to Mónica Puig from Puerto Rico, in spite of the 31 aces and 5 match balls in her favour. Luckily for tennis, Pliskova did not advance to the next round!