While I was attending the fantastic course about masterpieces of world literature at edX earlier today, you know the big and very elaborate e-learning site for millions of students, one of its videos showed how Alexander the Great spread Greek culture to the countries he had conquered, about 300 years BC. In this particular video, what most attracted my attention was when one of the lecturers, Martin Puchner, on site in Ephesus, on the current Turkey’s western coast, showed the large amphitheater with seating for 25 000 people that the conqueror had erected there. References 1, 2, and 3 give more details about the course, the video in question and also about Ephesus.

Coincidentally, I and my family visited Ephesus exactly 10 years ago today, on 2008-07-10. Besides the photo below of the amphitheater, there are some more pictures I took from this historical site. When we visited it, only 25 % had been excavated so far, hopefully it is more now, because it is really interesting stuff to see and hear about. 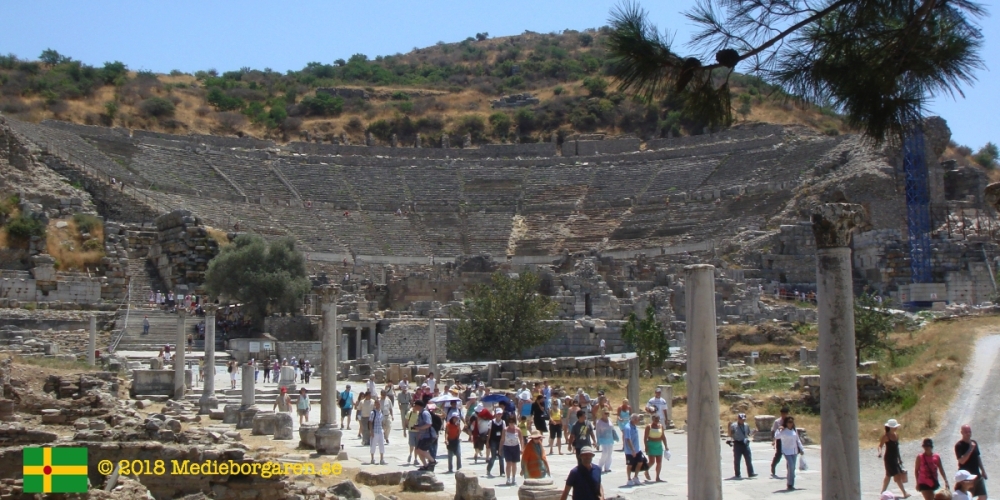 This ancient amphitheater in Ephesus was erected by Alexander the Great, in his program to spread Greek culture to the world. It holds 25 000 spectators. Photo taken on 2008-07-10.

Pictures from the ancient city of Ephesus. Besides the amphitheater, the glorious library in the lower right is well known. All photos taken on 2008-07-10.

Later today, our modern day version of popular theater, sports, will see billions of people attending the first of the two semifinals in FIFA World Cup 2018. After the tournament is over, in my next post I will give you my opinion about what needs to be done to improve football further, to make it even more dynamic and joyful.

That’s what I learned in school !

2: Alexander and the Dissemination of Greek Culture