Although two countries are very distant from each other, they can still learn a lot from each other if they cooperate. That is definitely the case of Sweden and Brazil. I was invited by SACF (The Swedish Academic Collaboration Forum) to participate in a scientific seminar of excellence in Brasília, the federal capital of Brazil. It started yesterday with six different topics, held concurrently, and will continue today. I am participating in topic #2, which deals with ´Novel Functional Materials and Nanotechnology´ and will return later this week with a resume of it. See also reference #1 below. The following photo shows some of the famous buildings of Brasília, taken at sundown yesterday. 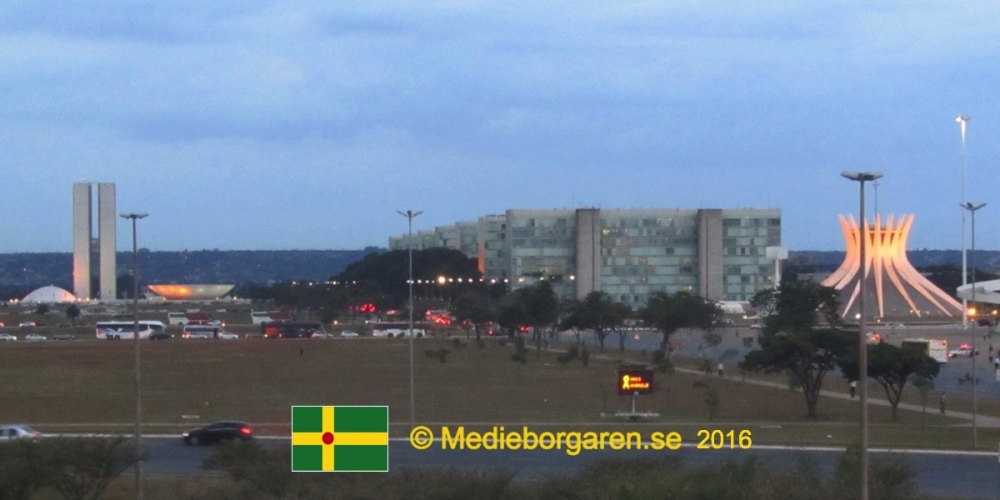 Today is the day when we congratulate persons named Erik, since May 18 is his day. I am proud to have a father (in memoriam), a son, and a nephew who all are named Erik, as well as a Norwegian friend called Eirik, the Norwegian variant of the same old Nordic name, as you can see in reference #2 below. And I also would like to include my daughter Karina in the celebration, because she just received a MENÇÃO HONROSA (“HONORARY MENTION”) from her school, Instituto Federal do Paraná. Congratulations to you all!

1: Top Brazilian and Swedish universities join together for the fifth SACF Excellence Seminar

2: Behind the name Erik