Tomorrow is the Swedish National Day, celebrating the establishment of the modern Swedish state, when the Danes were thrown out. It was instituted on 1523-06-06, when Gustav Vasa was elected King of Sweden. 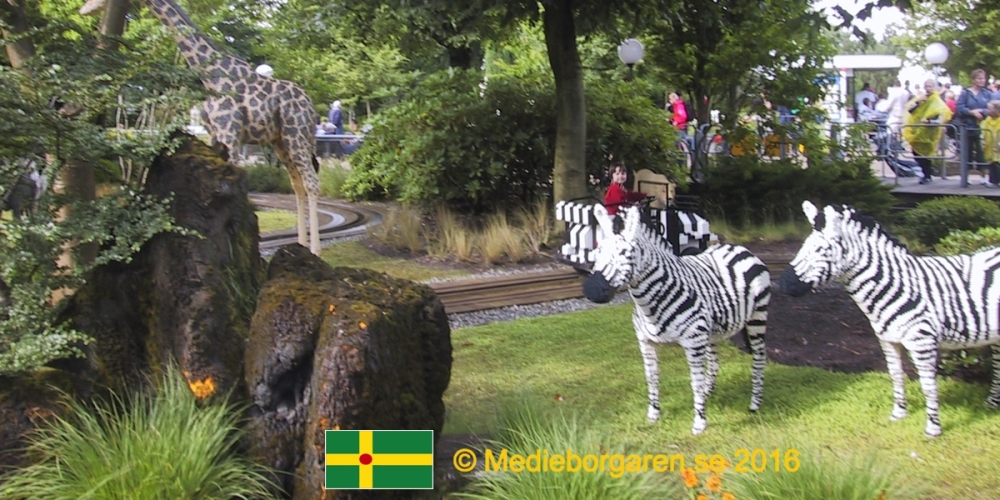 Legoland in Billund, Denmark, head quarters of Lego. Naturally, all animals in this safari tour are made from Lego bricks. Photo taken on 2003-07-01.

But one day before, today, is the Danish National Day, and of course we must congratulate our Nordic neighbours on their day with the photo above, which was taken at Legoland in Billund on 2003-07-01. And what could be more Danish than Lego, that marvellous innovation made in 1949 by Ole Kirk Christiansen? Is there a better educational toy than Lego, permitting that people of all ages can develop their fantasies? More about Lego in reference #1 below.

One of those Lego lovers is the American artist Nathan Sawaya, who creates his sculptures from millions of Lego bricks. Right now, there is a world-wide tour of his exhibition, and it will come also to Brazil soon. First to São Paulo, start on 2016-08-09, and in November also to Rio de Janeiro. See also reference #2 below.

One of the amazing sculptures made by Nathan Sawaya, part of his exhibition of art made by millions of Lego bricks.

(This podcast in Swedish deals with what happened in information technology 20 years ago, with the advent of email and internet.)