In Brazil, today is a national holiday, remembering a movement at the end of the 18th century, which eventually resulted in independence from Portugal. The leader of the rebellion was a dentist, named Joaquim José da Silva Xavier, so today is known as “Feriado de Tiradentes”. More about it in reference #1 below. Given the current state of chaos in Brazil, let us hope that another dentist will show up soon, clean the house and fill the holes!

Tomorrow is Earth Day and many activities will occur all over the globe. One such action is by the unified scientific community which will protest about the way facts and science are treated currently. March for Science is planned in 54 different countries, with USA naturally leading the movement. In Sweden, the major university cities will also hold their marches, e.g. if you are in Göteborg (Gothenburg), why not join Stefan Bengtsson, Pam Fredman and many others in your protest. More information can be found in references # 2 and 3 below. 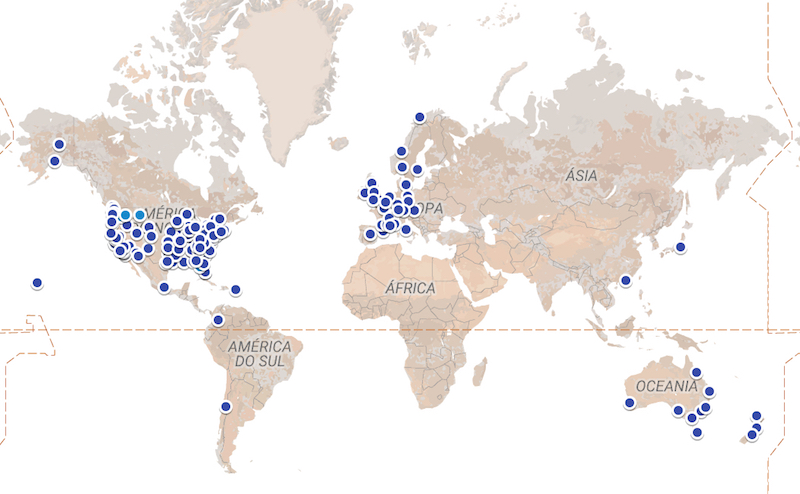 Cities where March for Science will take place on 2017-04-22, most probably one near you!

One important ingredient in the protests is to, once more, show how our earth is suffering from the global warming that really is taking place. Among other things, it is threatening to put entire nations under water. One such nation is called Vanuatu. It is an island nation in the South Pacific Ocean, see reference #4 below. I just received some interesting photos from there, sent to me by my friends Helen and Tomas, who are currently visiting Vanuatu. Just think of not being able to experience a ceremony like that in the following photo of the indigenous population. In a future post, I will show more photos.