It is important to know where you are, so that you can get out if you get lost. For instance, if you would get lost in the forests of Iceland, how would you call for help????

The answer is: Stand up, so that others may see you! There are no forests in Iceland, but there are so many other interesting things that a person may want to see. This barren landscape is full of amazing objects. In another post, I will talk more about the subterranean activities that make Iceland such a different country to visit. (To be entirely correct, there are some forests in Iceland. UN data from 2010 indicate that 0,3 % of the total area of Iceland is covered by forests!)

Did you know that the inhabitants in Reykjavik, the capital where more than 40 % of all Icelanders live, do not have to worry about water supply? The big city water tower, that other cities use to distribute drinking water, instead takes care of supplying hot water to its citizens, and also lodges an exhibition of the early history of Iceland. Some years ago, a team of researchers from USA investigated the purity of the Icelandic water and were puzzled when their precise equipment showed no sign of any contamination, whatsoever. They recalibrated the instruments, but the results were still the same! The Icelandic water is 100 % pure, so using it when brewing beer is of course a breeze. One of the best beers is fittingly called Viking! 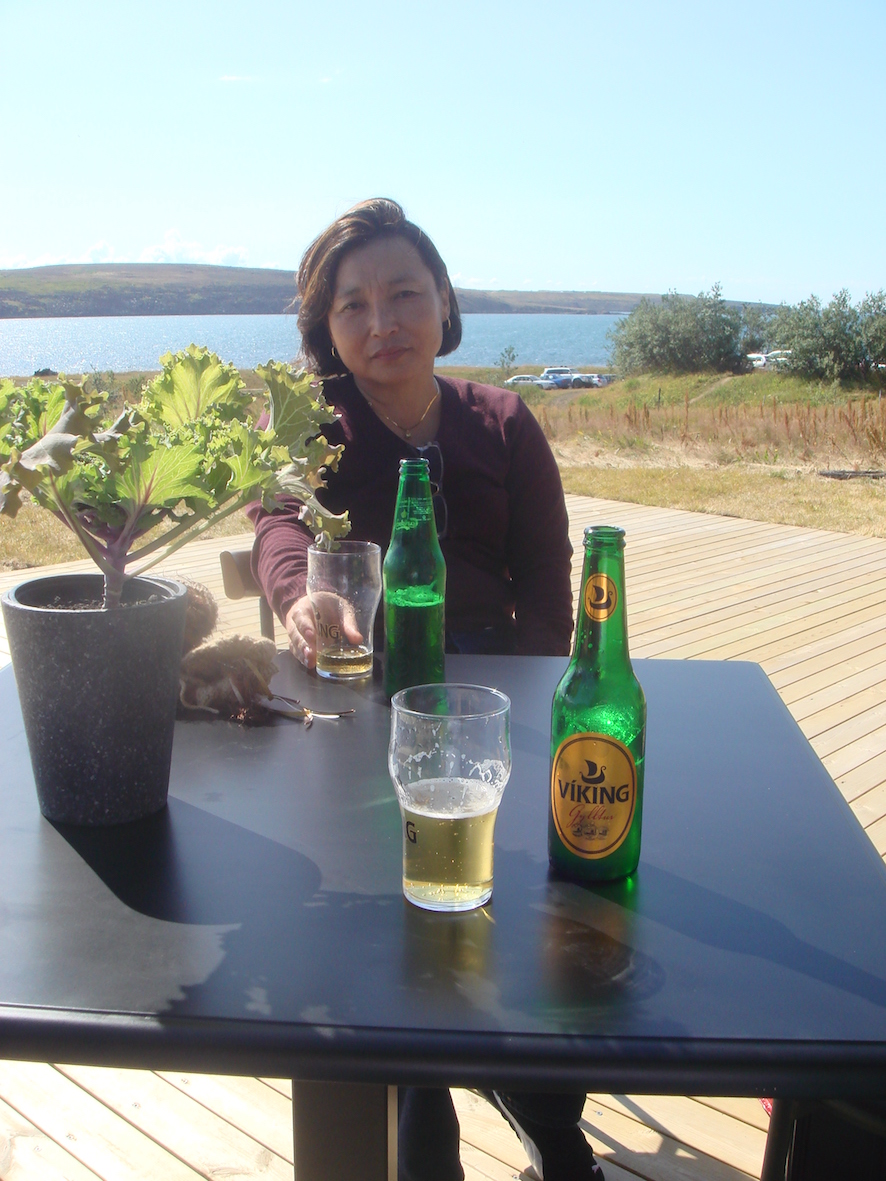 The Vikings also brought their Scandinavian language with them when they invaded Iceland in the 9th century AD, and it has changed very little since then. Even the fact that recently there was an American military base on Iceland did not permit the Icelandic language to get heavily contaminated with foreign words. When there is a need for a new word due to some new invention, the Icelanders create new domestic words based upon their language traditions. Examples are sími (telephone), sjonvarp (television), tölva (computer), skriftstofa (office), skyr (yoghurt), etc.

Thanks to Barbara and Camilla for helping me in my research.