The news we received earlier this week that the digital communications application WhatsApp has finally received end-to-end encryption of all messages sent is definitely a welcomed one. That way, one can start to use it also in areas where we would not dare using it before. But do not think that now you can relax your own security measures. Reference #1 gives a good explanation about the whole situation now. 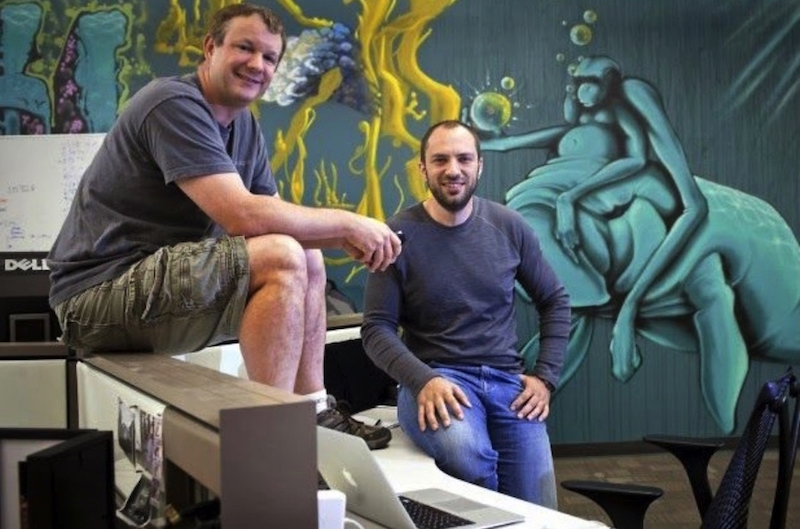 The co-founders of WhatsApp, Brian Acton and Jan Koum, in the company HQ in Mountain View, CA, USA, in May 2013, the year before they were bought by Facebook for US$ 19 billion. Photo by Peter da Silva / The New York Times

But did you ever wonder how a company can produce an application used by one billion users and suffer from low indices of downtime? Which is the underlying structure, e.g. which programming language was used to permit the creation of a such a largely scalable system and permit it to be used in real time? The answer is that the creators of WhatsApp got inspired by Erlang, a programming language originally created in the 1990’s by the Ericsson engineer Joe Armstrong to be used as a base for the data switching version of their flagship central office AXE system, named AXD 301. In 1998, Erlang was released as an Open Project. Reference #2 below can fill in all the blanks in that story.

1: WhatsApp Encryption A Good Start, But Far From a Security Cure-all

2: Inside Erlang, The Rare Programming Language Behind WhatsApp’s Success