In the wake of recent movements for independence of states from superior associations, time has come to the US. Now it is California, “As the sixth largest economy in the world, California is more economically powerful than France and has a population larger than Poland. Point by point, California compares and competes with countries, not just the 49 other states.”, that is getting fed up about being treated as inferior in the federation and there is already a campaign for a referendum, which has the objective of voting about a detachment of the state of California (“Calexit”) from the USA in 2019. I am sure you will be hearing a lot about it in the future, but if you cannot wait, have a look at reference # 1 below.

This is also California, palm trees, mountains, freeways, cars, hamburgers … Photo taken in the parking lot of In & Out Burger in Rancho Cucamonga, CA, on 2009-03-29.

The photo above was taken in the parking lot of In & Out Burger in Rancho Cucamonga, CA, on 2009-03-29. I think it gives a perfect idea of what California also is, far away from the big cities and beaches, showing palm trees, mountains, freeways, cars, and (implicitly) hamburgers.

Do you remember my post from 2016-01-30 ? One of the subjects was the idea about paying people without demanding anything in return,  a sort of guaranteed citizen’s salary. Reference #2 mentions a Swedish radio program, where it was announced that a selection of 2 000 unemployed Finns would receive € 560 per month during two years, without having to do anything in return. Further information can also be found in reference # 3 below. 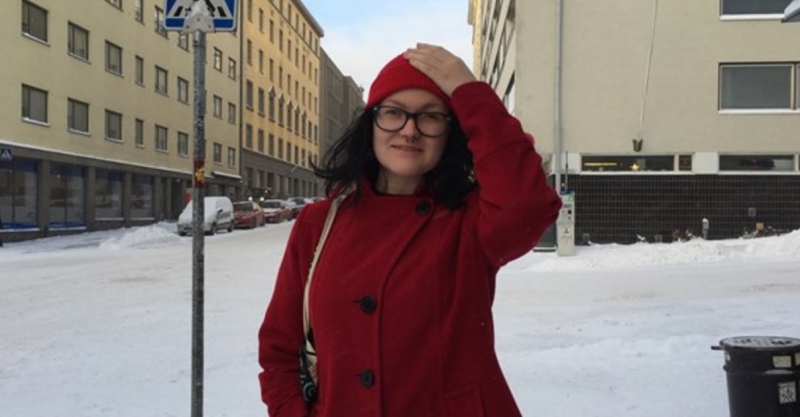 Liisa Ronkainen belongs to the lucky 2 000 who will receive € 560 Euros / month during 2 years. Photo: Thella Johnson/SR